Another article dedicated to “Surviving Mars” by PCGamer 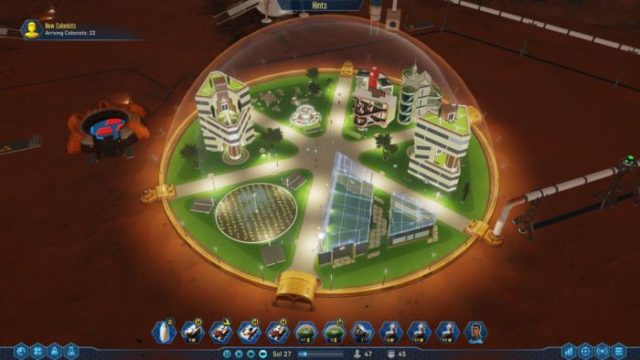 Redundancy. After spearheading humanity’s first-ever Martian colony, I’ve realized redundancy is critical. You’re building one pipe between the oxygen pump and the habitation dome? Build two. Your power grid is clustered together? Make two or three groups of solar panels instead, and throw a few wind turbines into the mix for when the sun goes down. One farm? Try four.

When help is 34 million miles (or 55 million kilometers) away, your only hope is that when something goes wrong—and it will go wrong—there’s another option to fall back on. That’s the key to Surviving Mars ($40 on Green Man Gaming).

Things aren’t looking too bad on Mars these days, though. I hesitate to call the situation “stable”—I know better than to jinx myself. A meteor shower or an ill-timed dust storm could probably do some serious damage. And that’s ignoring the two colonies I abandoned when troubles mounted.